The story of one man’s journey from a small village in East Java to senior leadership positions with IBM globally, and now his position as Commissioner of a major Indonesian conglomerate.

Many of us are who we are today because of our childhood experiences — pivotal events that shaped our values, our leadership style, and our legacy. This statement is greatly personified in the life of Yaya Winarno Junardy.

Born in 1947 in the village of Tulangagung in East Java, Indonesia, Junardy charted his own life and career in his teens. Spanning over 35 years, and having never completed a university education, Junardy has achieved what many of us can only dream of, and is a role model all Asians can aspire to. So, how did Junardy get to where he is, and what can we learn from his leadership journey? 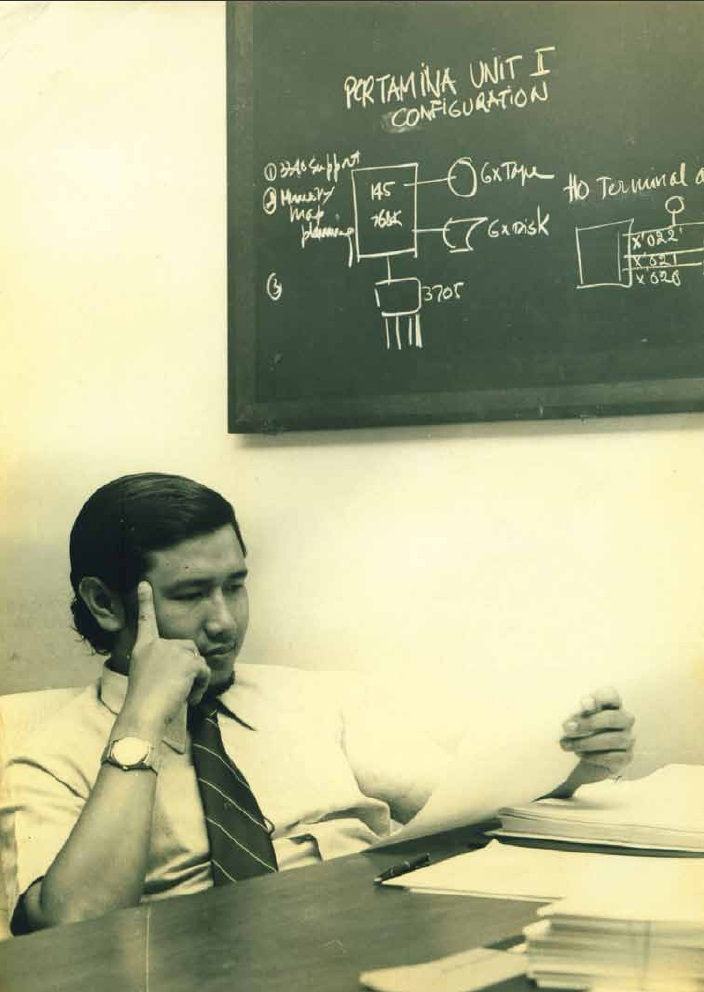 While he was studying, Junardy worked with IBM, even though he was theoretically underqualified for the role. It was an early indication of his tendency to push the envelope.

Without trust, you cannot achieve success

Looking back at his childhood days, there were a number of significant chapters that shaped his leadership style. As an ethnic Chinese growing up with Javanese friends, he learnt to imbibe an array of cultures. Junardy learned from his parents the Chinese values of humility, hard work, discipline, and the importance of building the trust of your business partners. At the same time, he was exposed to Javanese culture, which emphasises the importance of relationships and harmony between one’s self, society and God.

From a very young age, Junardy read profusely — he would read everything he could find,  including books on Buddhism, Chinese novels and the entire series of the Mahabharata and Ramayana – epics that originated from India but are very popular in the Javanese culture. In experiencing different religions, cultures and values, he learned to accept and relate to peoples of different backgrounds; this contributed to his current philosophy in life and how he relates to others.

Even if you are the boss, do not behave like you know everything

As a child, Junardy spent many hours accompanying his grandfather, travelling from village to village to buy coconuts for the family’s copra business. On his travels, the young Junardy acquired the ability to relate to people of all ages, and quickly picked up the basics of doing business. As a young boy with an ‘old soul’, he enjoyed interacting with many of his father’s friends, both Christians and Muslims. During his teens, his natural leadership came to the fore when he started a children’s football club for the village kids, in addition to undertaking active roles in the Boy Scouts. Such leadership competencies as adaptability, flexibility, good communication skills, cross-cultural effectiveness, and entrepreneurship, were honed in the very early years of Junardy’s life. 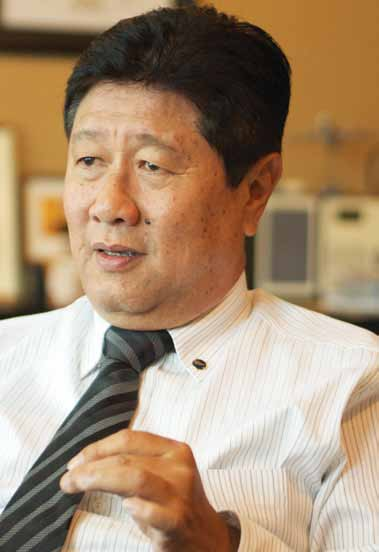 Junardy worked his way up to the position of CEO of IBM Indonesia.

In his teens, Junardy became known for his strong views and opinions that resulted in him leaving boarding school after just one month, due to the school’s need for students to abide by strict rules. While he excelled academically, Junardy could not live in such a stifling environment, and needed space to pursue his diverse interests, including sports and music.

Following high school, Junardy initially relocated to Surabaya to undergo university education. But, within a short time, he moved to Jakarta to start anew. During this period, due to the communist insurgency of the 1960s, the family business went bankrupt and Junardy experienced the feeling of having lost everything. From that moment, he vowed to be independent and self-sufficient.

In order to make ends meet whilst initially enrolled in university, he would distribute cigarettes in the morning to the warungs (small kiosks selling cigarettes) across the city, teach biology to high school students in the afternoon, attend university classes in the evening, and work in a casino at nights and on weekends. His experience with poverty influenced his desire to donate both time and money to society, and to champion issues on the environment in order to help change the lives of the underprivileged and the greater public. Since the 1980s, Junardy has held leadership appointments in multiple societies, as well as in academic and non-profit organisations, with interests spanning education, research, child aid and disaster relief.

You learn most in times of adversity.

Not only did Junardy learn to be resilient and to multitask, but these years also taught him how to relate to people whether poor or wealthy, uneducated or university professor. Junardy learnt English through self-study and his voracious appetite for reading. Along the way, he discovered a passion for computers and software programming. Even before he completed university, he worked for computer giant IBM as an operator, despite the role requiring a university degree. Embracing the values of hard work and diligence, and with the help of his deeply honed ability to relate to people, Junardy moved rapidly up the ranks and eventually became the Chief Executive Officer of IBM Indonesia, following a series of senior appointments in Hong Kong, New York and Tokyo. "You learn most in adversity."

In a 25-year career with IBM, Junardy lived and worked in several countries and led multicultural teams. In the process, he built an expansive business network incorporating various governments, financial institutions, investors, MNC’s and the broader community.

Irrespective of his clientele, Junardy adopts two key principles. Firstly, that one needs to adapt to others, before expecting others to adapt to you. And, secondly, to always build strong relationships with co-workers, partners and subordinates. Twenty-five years with IBM — a company renowned for having uncompromising values — has also instilled a deep sense of ethics and integrity in all his dealings with others, to the extent of having to sack close friends in the company for breach of ethics.

On departing IBM, Junardy describes his decision to leave the corporation as one of the most difficult of his life. IBM had given him so much, and had helped shape him as a leader. Because of the company, Junardy placed great emphasis on loyalty, a core value of IBM. It was a conversation that he had with his mentor, the late H.Ismail Saleh, the former Indonesian Minister of Justice, in 1995 that proved instrumental. The conversation was triggered by discussion with Teddy P. Rachmat, at that time the CEO of Astra International, and the late Prof. Dr. Soemitro Joyohadikusumo, the former Indonesian Minister of Industry and Trade. He realised he was loyal not only to IBM, but, equally to his native country of Indonesia. From that moment, he knew that this was a chance to make a positive impact on Indonesia’s business community.

Over the past decade working with a number of large Indonesian corporations, Junardy learnt to adapt to a wide variety of corporate cultures, some vastly different to that of IBM, before implementing a new culture to support the growth of the company. More often than not, systems that he took for granted at IBM — such as having standard documented processes, the availability of knowledge repositories and an open culture of collaboration — simply did not exist at these Indonesian firms. Yet, Junardy relished the many challenges these companies posed, and believes his time in these firms to be rich learning experiences.

Despite Junardy achieving what many of us can only dream of, his work is not done. As Commissioner of Rajawali Corporation, he holds a non-executive role that grants him time to commence his “second chapter”, which will allow him “to give back to society by teaching young people, working with the underprivileged, and giving joy to others.”

Today, he is actively involved in a number of global initiatives, including being President of the Indonesia Global Compact Network — Indonesia’s branch of the United Nations Global Compact and an initiative for businesses that are committed to aligning their operations and strategies with universally accepted principles in the areas of human rights, labour, environment and anti-corruption.

As a young boy, Junardy came across as an old soul. Today, at the age of 65, he possesses more energy than many men half his age. In spite of all of his achievements, he sees the next phase of his life — what he calls his “second chapter” — as the most important. In this phase, he plans to address major social challenges, such as water security, climate change, working with underprivileged families and helping to groom the next generation of Indonesian leaders.

His parting words for the next generation of Indonesian leaders – “Take advantage of opportunities and learn from experiences. You learn best in times of adversity. Get exposed to cross cultural experiences early in life and learn to relate to others who are different from you. Build deep expertise in one area to help you overcome initial inertia when initiating conversations with Western colleagues. Be assertive and speak your mind but maintain humility. Most importantly, always try to understand the context of the problem before jumping to solutions.”